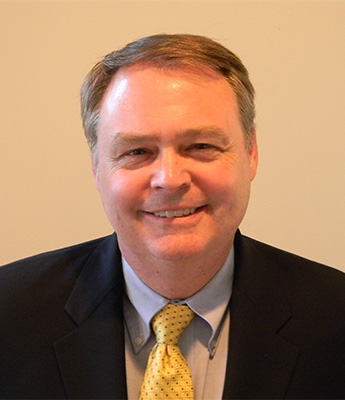 Dave joined Mahoney Environmental® as the President and CEO in 2022. He has over 30 years in the real estate and facility management profession at several companies including Verizon, Johnson Controls, Aramark, and Sodexo. Prior to Mahoney Environmental, Dave was the Sr. Vice President FM Healthcare and Chief Operating Officer of the corporate services IFM business at Sodexo. His professional experience includes facilities management, design construction, energy management, real estate transactions, and lease administration. He has been responsible for portfolios more than 50 M Sq. ft. while leading teams of over 1000 people. Dave has a B.S. in Civil Engineering from Michigan Technological University. 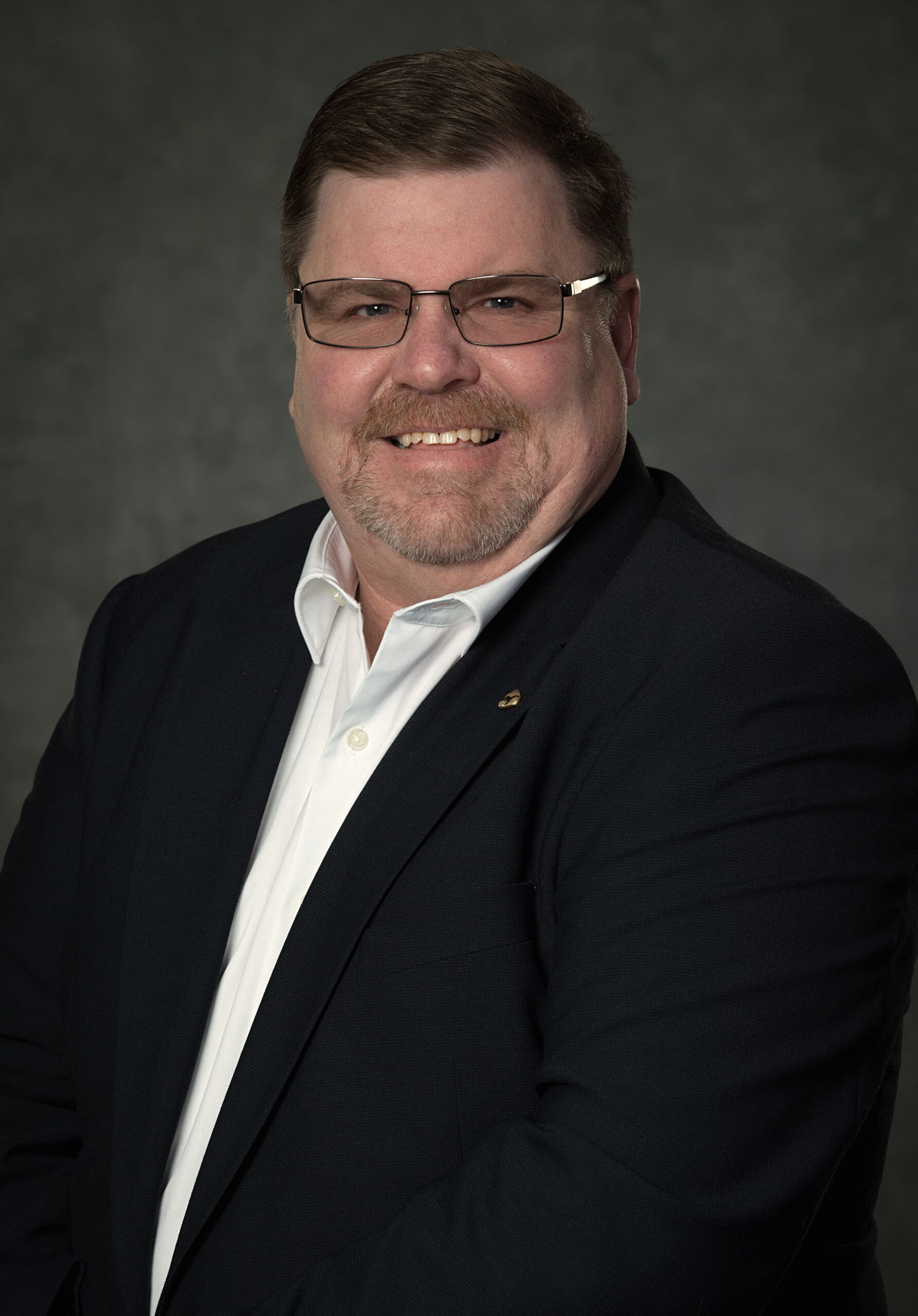 John graduated from Mendota High School in 1988 and starting as a part-time field maintenance hand for Mendota Agri-Products in 1989. John has grown with the organization learning every position within our processing business. He has overseen the construction, start-up and on-going operations of all the company processing facilities. In 2011 John was named General Manager of Mendota Agri-Products. In this role, he assumed responsibility for the growth of Liquid Recycling and Industrial Trap as well as sales of all finished products. Long at the forefront of the recycling process, John has developed some of the industry’s most widespread techniques for extracting the full value of raw materials and turning them into marketable products. John was named President of Mendota Agri-Products in 2014. He is an active member of the National Renderers Association 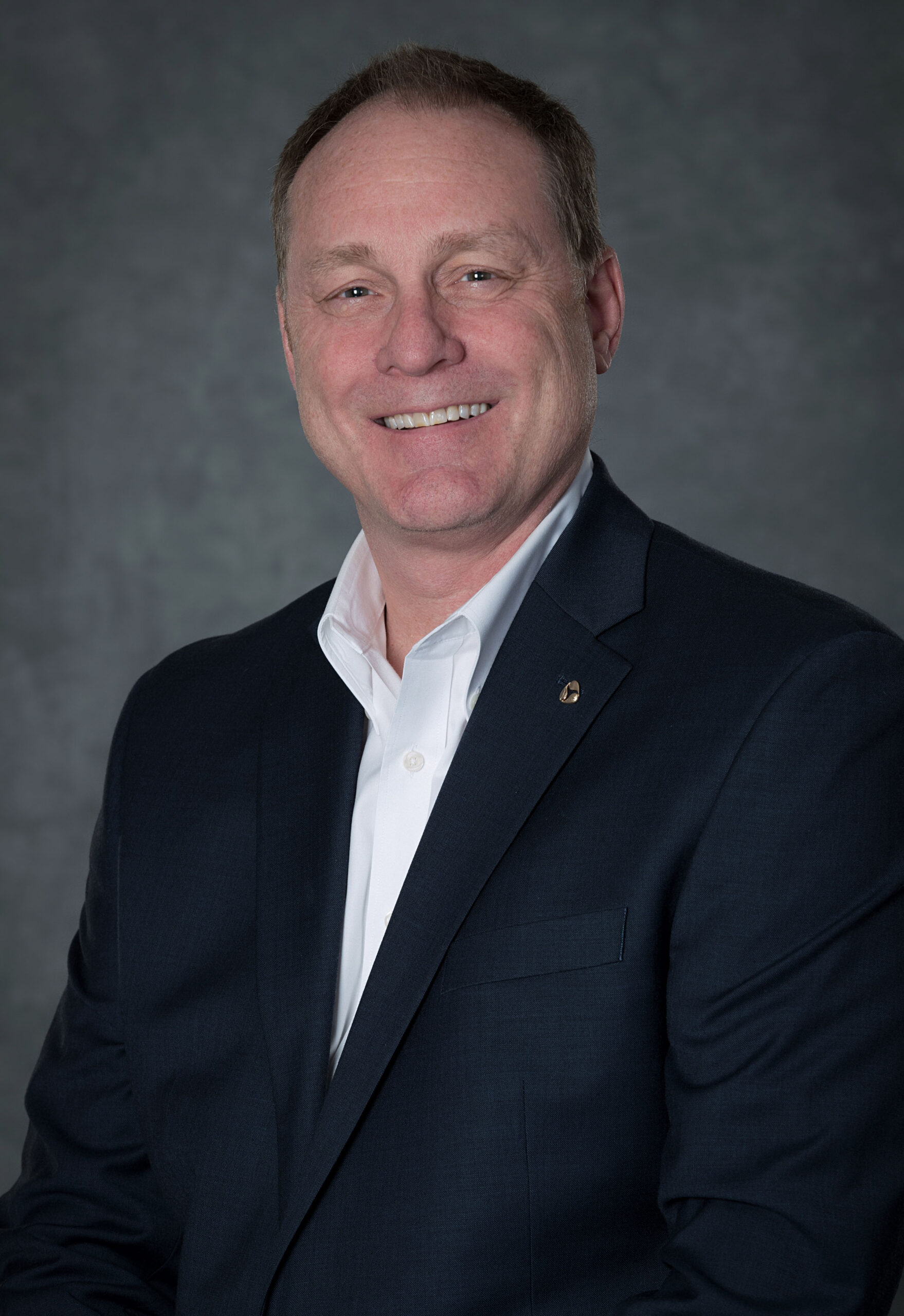 Ken joined Mahoney Environmental® in 2014 as Vice President of Finance. Prior to coming to Mahoney Ken began his career at a Certified Public Accounting firm in 1985. He received his CPA in 1987. Ken has served in finance roles to include senior management positions with firms in a variety of related environmental and recycling industries including Earth Tech, Compass Environmental and Greenstar Recycling. He is a graduate of Illinois State University with a B.S. in Accounting. 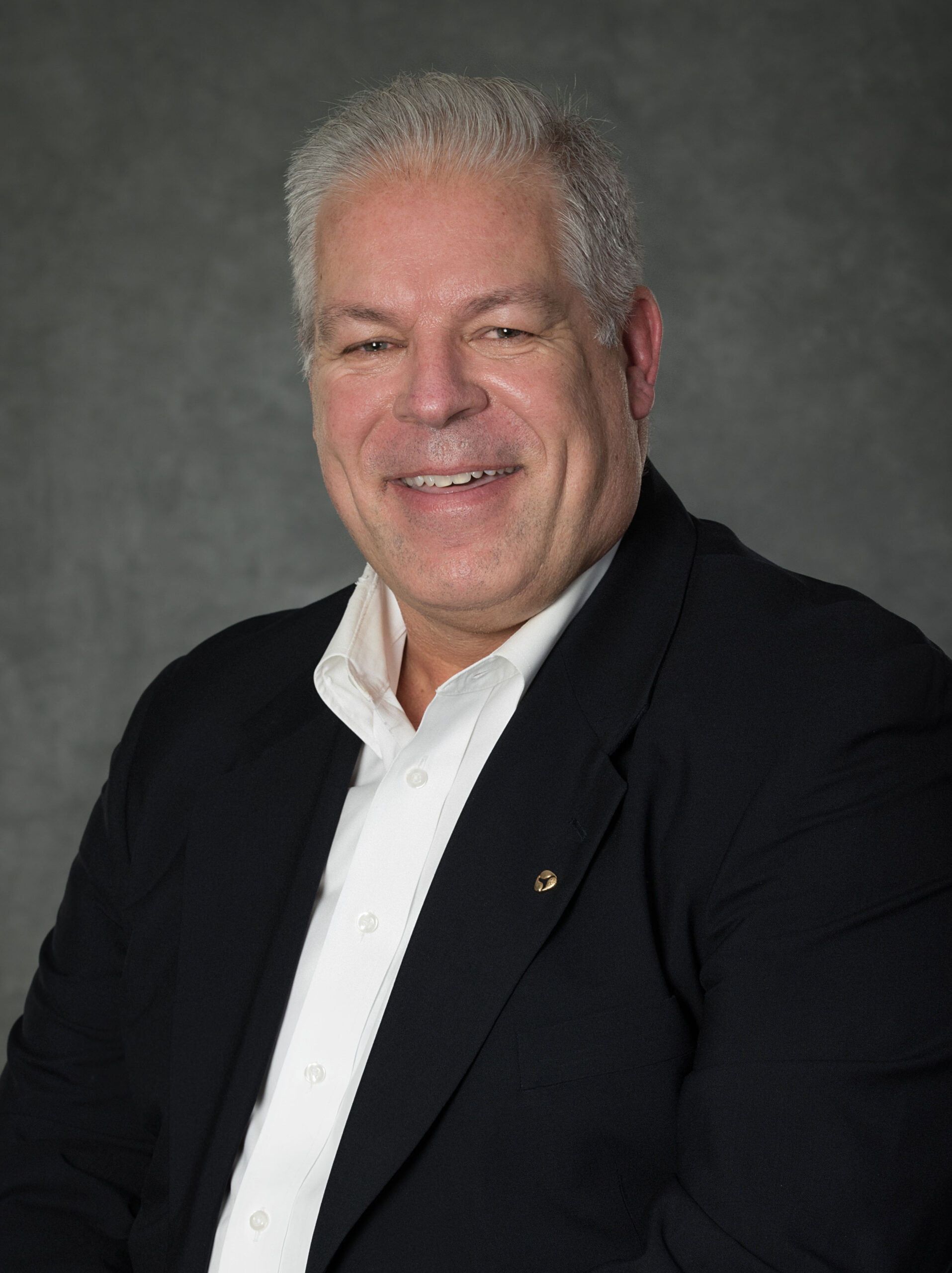 Tim joined Mahoney Environmental® as the VP of Sales and Marketing in 2014. He has served over 25 years in various leadership roles in the product distribution and service provider industries with several Fortune 500 companies. Prior to Mahoney Environmental, Tim was a Regional Vice President at W.W. Grainger for 12 years, and prior to that held Vice President of Sales roles at both US Foodservice and Martin Brower and the Market President role at International Multifoods. With a track record of producing organic sales growth in his former positions, Tim continues to grow top line sales, gross profit, and net income with Mahoney Environmental. With the transaction to Neste in 2020, Tim is now Senior VP of Sales & Marketing and has responsibility for Mahoney Equipment Solutions. Tim is a graduate of the University of Wisconsin with a B.A. degree in Finance/Accounting. 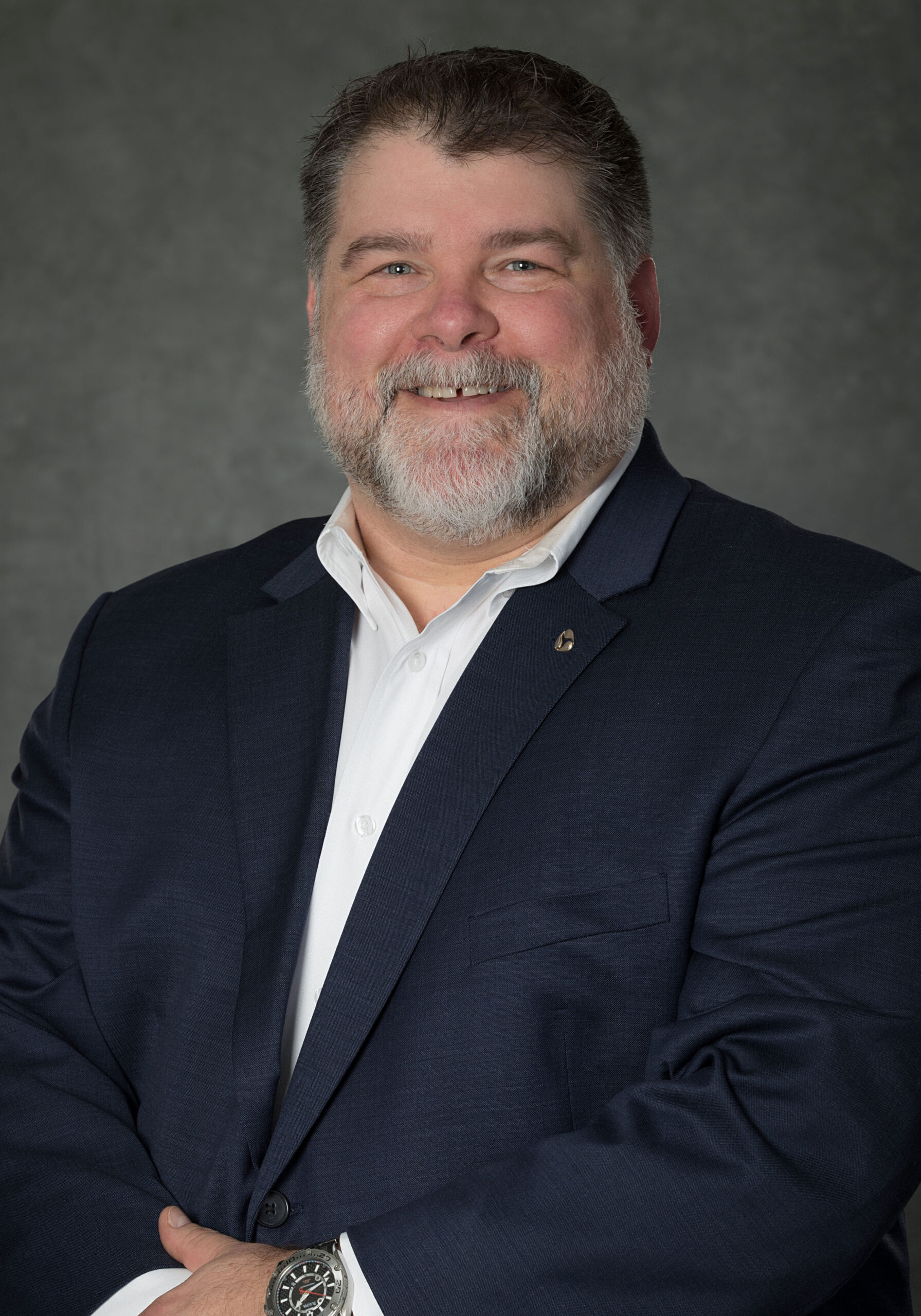 Sonny joined Mahoney Environmental® in 1998 in a sales role. He has served over 23 years in various sales, marketing and leadership roles and was named as VP for Preferred Oil in 2017. Sonny added management responsibility for Mahoney Equipment Solutions in 2018. In 2021 he now leads the National Accounts and Marketing Teams as VP of National Sales and Marketing.  He served on the Education Committee and the Resources Committee for the Restaurant Facilities Managers Association (RFMA) in recent years. Prior to coming to Mahoney Sonny worked in various restaurant businesses, learning about our services from the customer view. He is a creative thinker, a motivated go-getter with a distinguished background of identifying opportunities, providing value-based solutions, while building exceptional customer relationships through customer service. Sonny studied Advertising and Design at the American Academy of Art in Chicago. 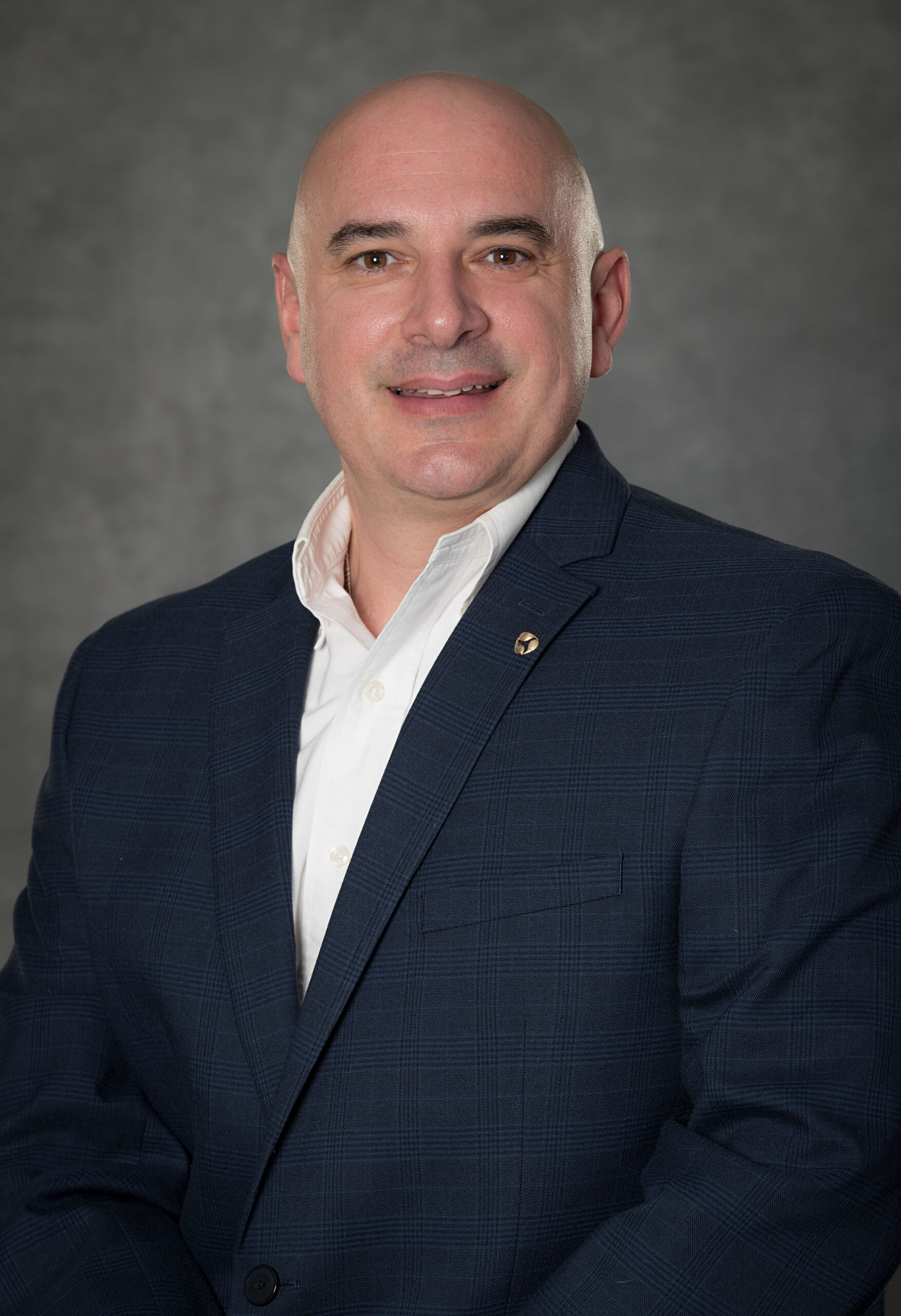 Vito joined Mahoney Environmental® in 2011 as Director of managed services to build our network of sub-contractors for a national footprint of multiple services. In 2013, he Joined the Senior Leadership team and was named the VP of Trap Operations and Managed services. He helped to Grow and expand trap service Nationwide before being named the VP of West Operations in 2017. After the acquisition on Mahoney by Neste in 2020, Vito was Named the VP of M&A and Managed Service. Vito came to Mahoney with over 25 years of experience in the restaurant industry managing various aspects of the business, including procurement, construction, development.  Vito was a customer of the company while at the Portillo’s Restaurant Group. During his various roles at Mahoney, he has been involved with all aspects of our business to include Joliet, our largest UCO and trap service operation, building the Mahoney Managed network, identifying acquisition opportunities, market analyst, and contract negotiations. He has grown trusting relationships and delivered exceptional customer service to stabilize and create profitability in trap services and has developed and grown a network of trustworthy subcontractors of nearly 200 partners to help support the growth initiative outside of our direct service area and expand in additional markets, while building profitability. 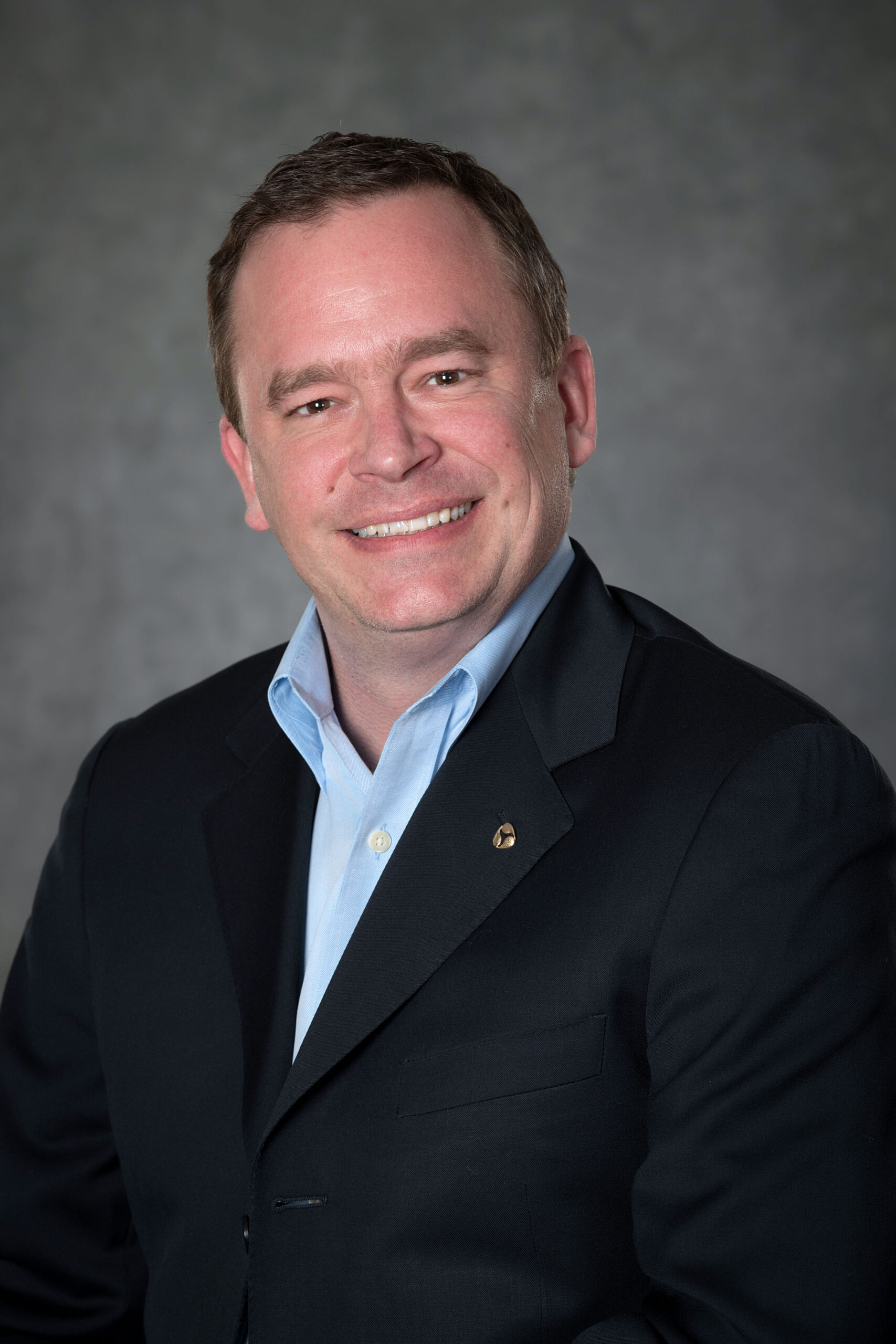 Brian joined Mahoney Environmental® in 2011 as Director, Information Technology. Brian was named CIO & Vice President of Business Development from 2014 through 2017 managing IT, Central Logistics, Customer Solutions, and Mahoney Equipment Solutions. In 2015, Brian was promoted to Vice President, UCO Operations and then Vice President, Operations at the time of the transaction in 2020 to Neste. Prior to coming to Mahoney, Brian has held technology and operations positions with firms in a variety of industries including Veolia Transportation and MV Transportation.  He is a graduate of Indiana University with a B.A. in Criminal Justice. 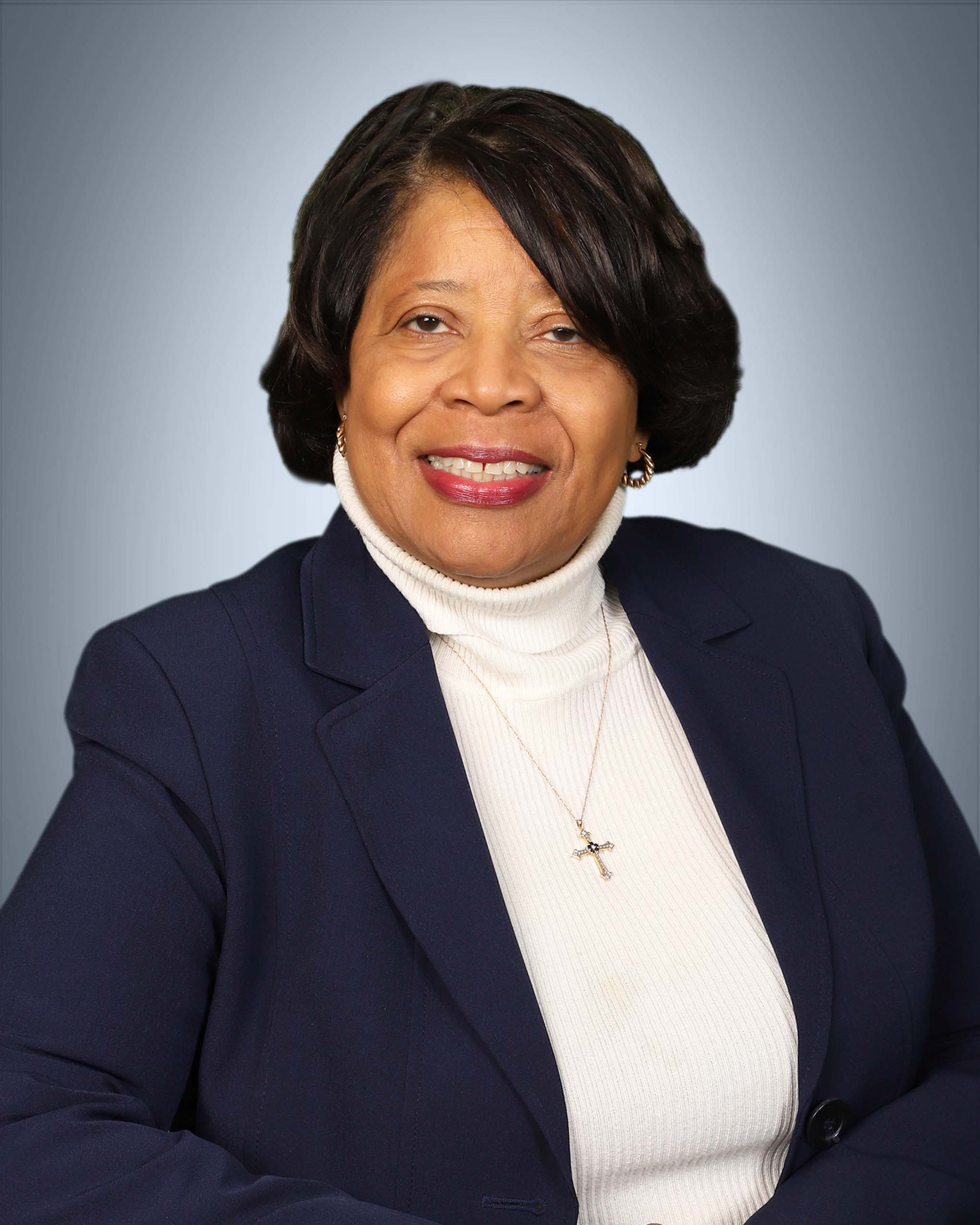 Valerie joined Mahoney Environmental® as the VP of Human Resources in 2022. She has over 25 years in various human resources roles within several companies like Aramark, ITW and Quaker Oats. Prior to Mahoney Environmental, Valerie was a Senior Director of Human Resources at Sodexo for 13 years, leading a dynamic team that was responsible for food and facilities management services throughout the United States, Canada, and Puerto Rico. Valerie has a B.A. degree in Psychology from Mundelein College of Loyola University – Chicago and an M.B.A.  in Strategic Management from the University of Chicago. 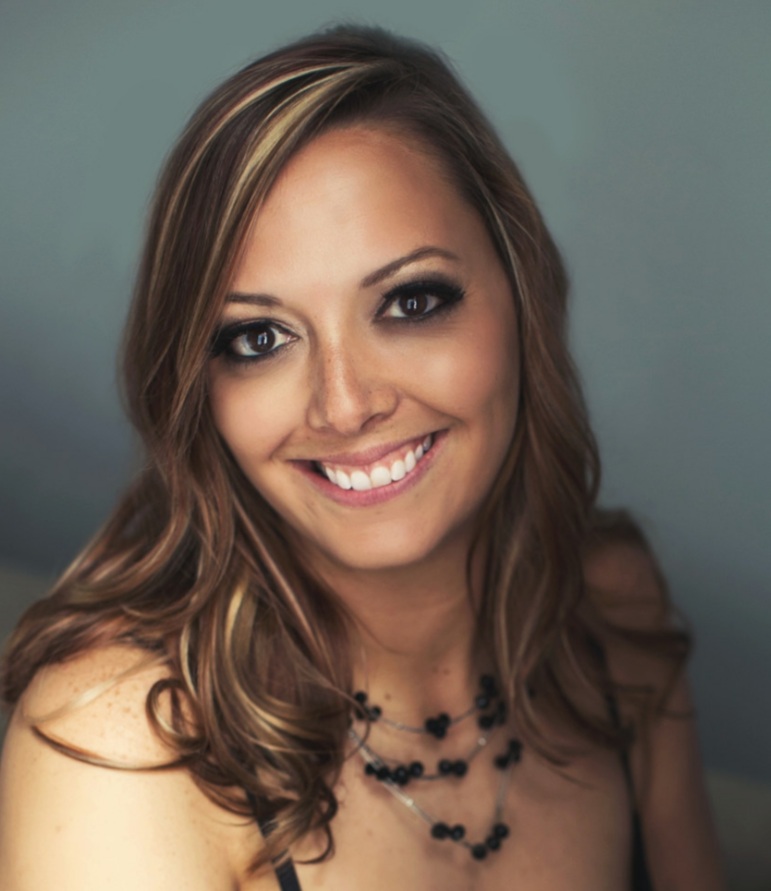 Tania joined Mahoney Environmental® in 2022 as Director of HESS&Q with 20 years of experience in Occupational Health and Safety.  Prior to Mahoney, Tania managed Environmental, Health, and Safety in vehicle production, chemical manufacturing, and chemical reclamation with a record of helping decrease workplace incidents, injuries, and developing a proactive safety culture.  In 2020, one of her facilities received the Governor’s Safety award from the State of Indiana for safety performance.  She has a B.S. in Occupational Health and Safety, holds Associate Safety Professional and Certified Safety Professional certifications, and is an active member of the American Society of Safety Professionals and previously held the President position of the Audubon Chapter. 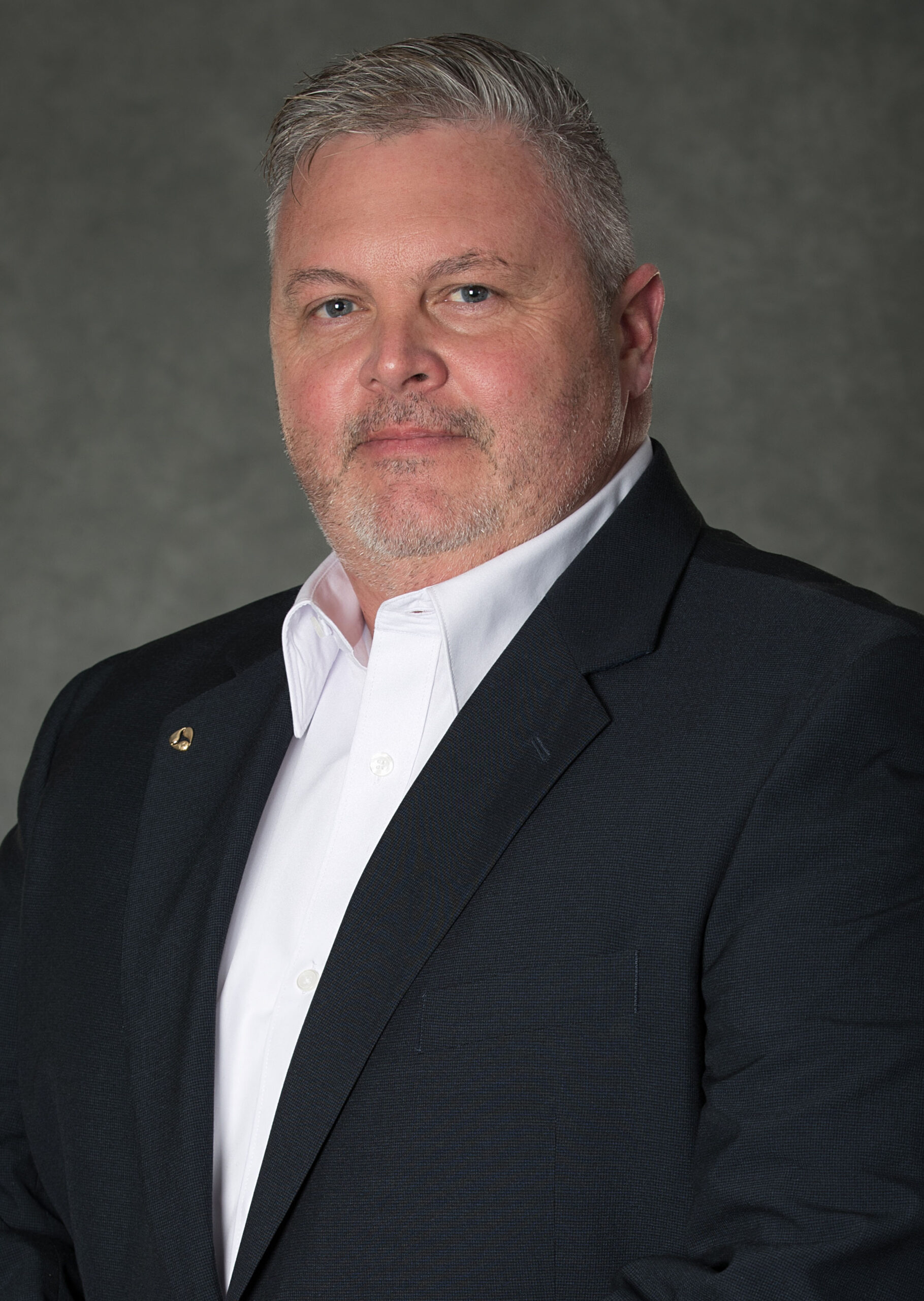 Jason joined Mendota Agri-products 2011 to support our flagship operation in Mendota as Director of Operations. He added responsibility for all our processing locations around the country and was named VP Processing in 2015. Prior to joining Mendota Jason worked for Advanced Drainage Systems and was their Plant Manager responsible for the overall operational performance of a multi-million-dollar manufacturing facility that includes the safe and efficient production, inventory, and delivery of quality HDPE pipe. He managed a team of 96 employees working in customer service, logistics, customized fabrication of HDPE/HDPP fittings, manufacturing, and delivering of HDPE/HDPP pipe to the consumer.

Jason is a graduate of Mount Vernon Nazarene College with a B.S. degree in Business Administration and has an Associate’s Degree in Applied Science from Columbus State Community College. He holds a Certification as an Illinois K license for a Waste Water Operator at Mendota Agri-Products. Jason is an active member of the National Renderers Association, Central Region. 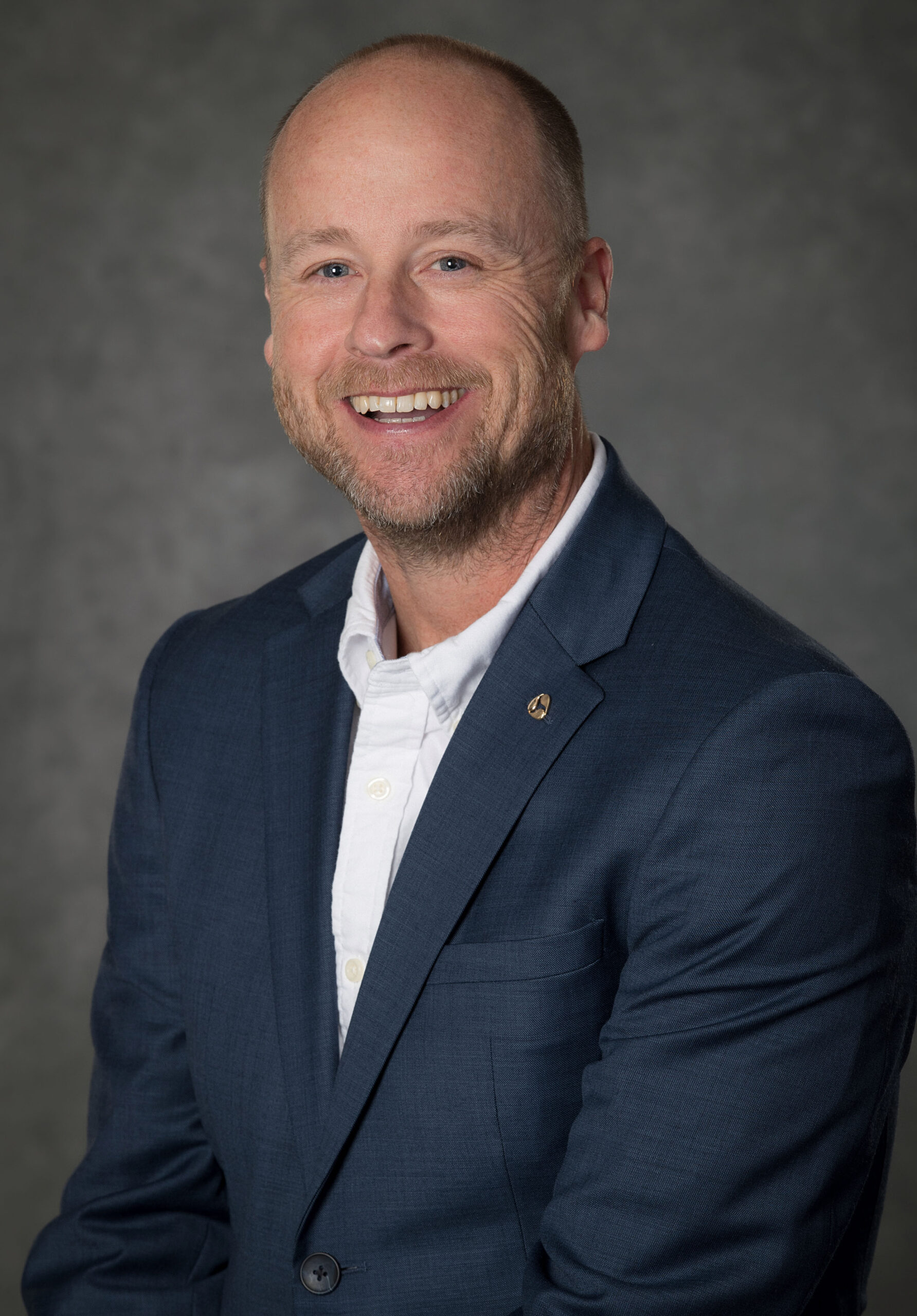 Bob joined Mahoney Environmental in 2018 as Director of Information Technology (IT). He is responsible for building automation between systems and bringing Mahoney new business analytics tools that enable anyone to visualize and analyze data at greater speeds and efficiency. Bob came to Mahoney with over 20 years of experience in the recycling / logistics industry. During that time, Bob lead IT, Operations, Logistics, and Customer Care departments.  He has streamlined communication between the home office and trucks on the road using many different in-truck technologies, which has eased the life of a Driver and provided better real-time information to the office.  Bob is a graduate of Keller Graduate of School of Management with a Master in Project Management (MPM), and also is certified from the Project Management Institute as a Project Management Professional (PMP). 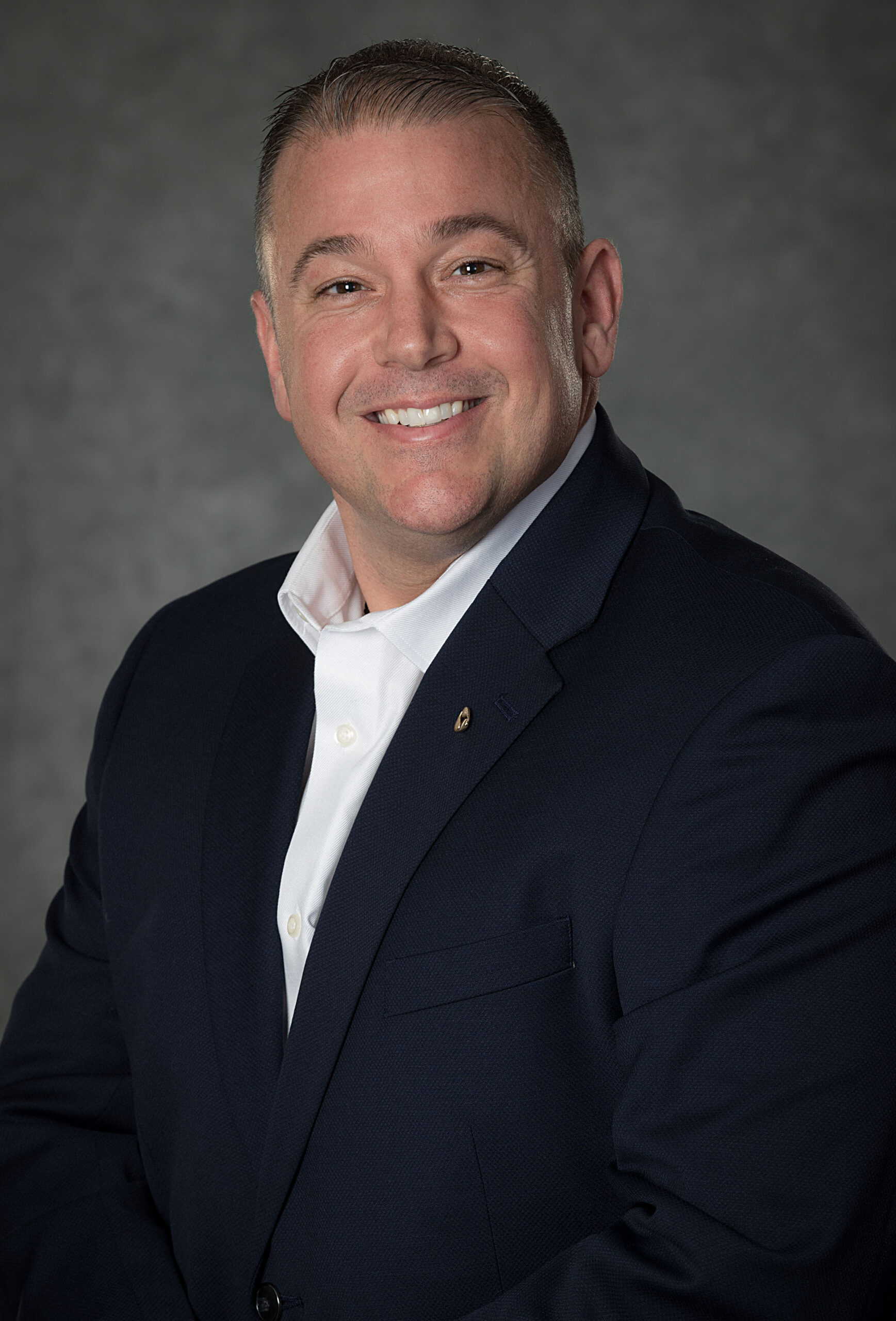 Beau joined Mahoney Environmental in 2005 as an outside sales account manager. Beau developed within the organization over the past 16 years learning every position within the sales division including regional, national and sales management. He has worked with many regional and national brands across the country focused on organic growth volume and profitability to Mahoney Environmental. In 2008, Beau was selected to spearhead the introduction of the Preferred Oil division to current premier customers and identify new large volume cooking oil users for growth opportunities. Beau added management responsibilities as Director of Business Development in 2016. January 2021, Beau was named Vice President of Commercial Sales and Preferred Oil. Throughout his career, Beau has utilized an “Achievement-Oriented” approach to deliver positive results and to win!  His professional experiences include customer service, team management, sales business development, operations execution and P&L management. Beau leads with a strong work ethic, leading by example, performance, knowledge, extensive customer service and teamwork. Beau has represented Mahoney Environmental working with the Illinois Restaurant Association. Beau is a graduate of Lewis University with a B.A. degree in Business Management and a minor in Marketing. 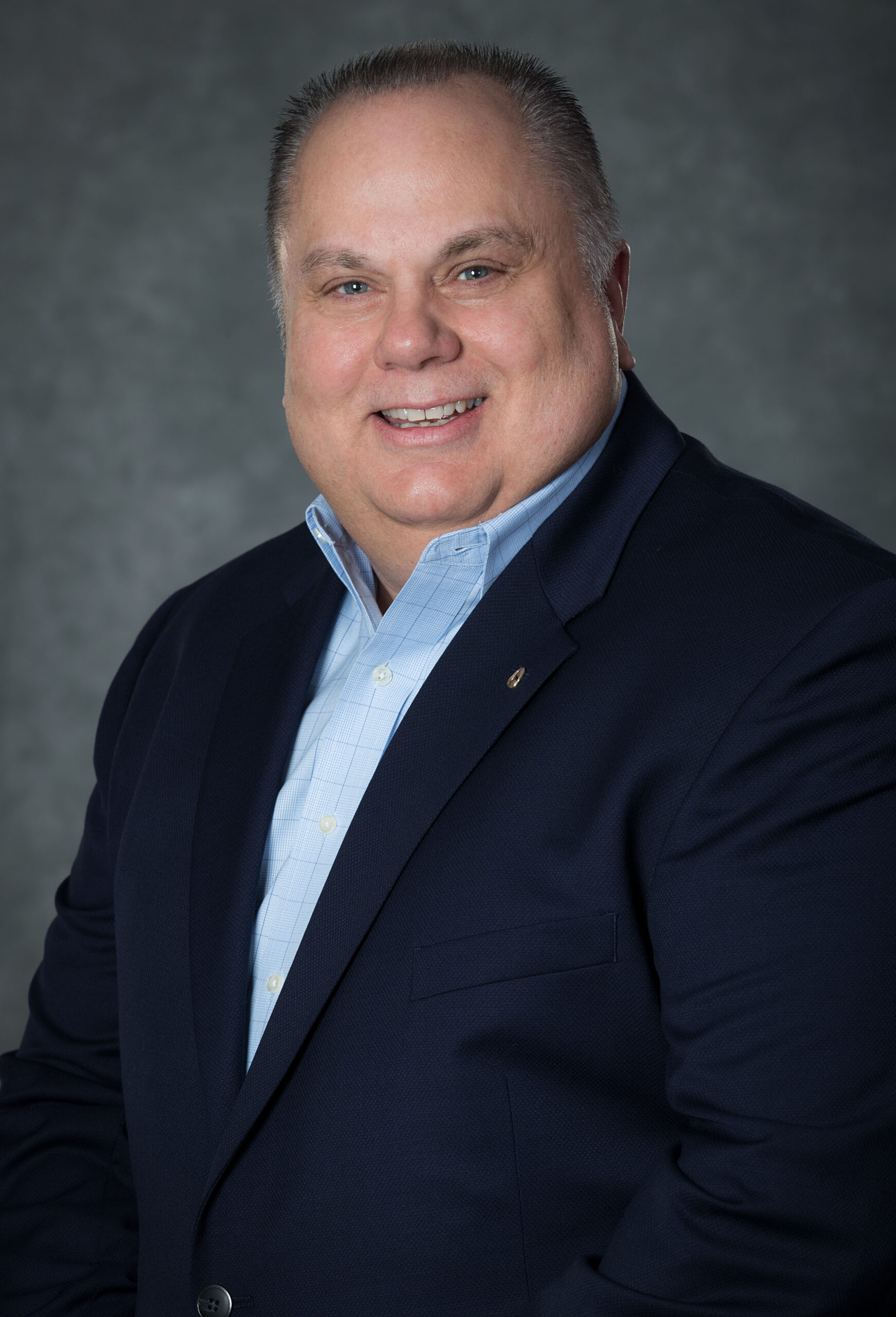 Jeff joined Mahoney Environmental in 2016 as Director of Maintenance and Fleet Operations with over 25 years of medium and heavy-duty fleet experience.  His responsibilities included fleet maintenance programs, procurement, and life cycle of assets.  In this role, Jeff was responsible for the re-engineering and standardization of the fleet we operate today.  He has been involved in many company initiatives and brings an innovative perspective to our daily operations.  In 2021 he was named Senior Director of Fleet and Compliance, taking on the added responsibility of our Safety and Compliance departments.  Prior to Mahoney, Jeff held director level positions with a third-party logistics provider and worked for Penske and Ryder Transportation.  He is Six-Sigma Greenbelt certified and an active member of the Program Advisory Council at Universal Technical Institute.